When lithium-ion batteries are placed on best behavior 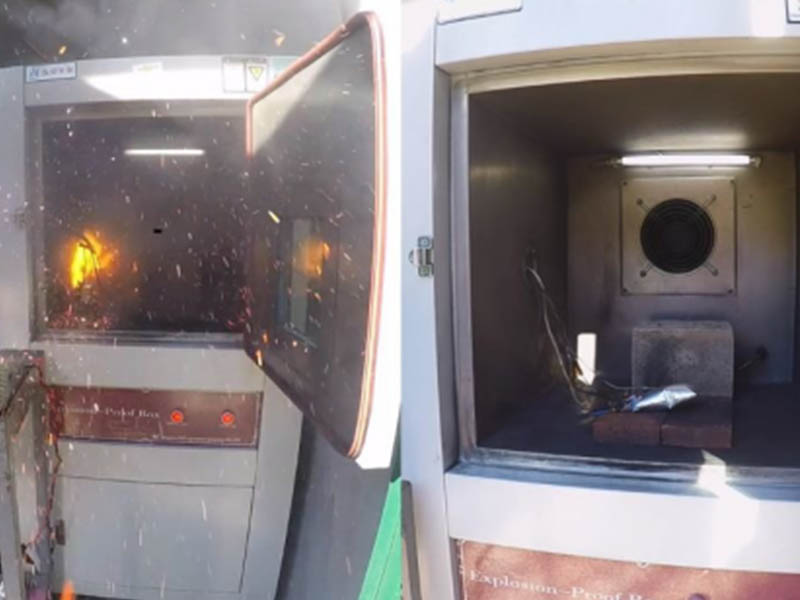 Amionx, the California company has won headlines for its explosion-free battery technology; the company expects to license its advance for use in commercial products by the end of 2019.

OK, for the record, as we surround ourselves with more lithium-ion-powered devices, lithium-ion batteries are safe and incident-free. The big "but" is that explodingbatteries or batteries catching fire do happen and it would be wonderful if we could figure out how to lower the risk. CNET wrote, "on the rare occasions lithium batteries go wrong, they can go catastrophically wrong."

The company with answers is Amionx and its solution is SafeCore.

Amy Nordrum wrote about it in IEEE Spectrum: "Amionx says its patented battery technology, called SafeCore, makes it less likely that a battery will explode or catch fire due to thermal runaway."

Its time has come. "The continued miniaturization of electronics has given rise to more compact and efficient battery technologies. Unfortunately, it has increased the number of incidents of catastrophic battery failure as well," said Cal Jeffrey in TechSpot.

The Amionx team has been working on the challenge: What if lithium-ion batteries could be made to be so reliable that even a catastrophic structural failure—up to and including being pierced by a bullet—wouldn't cause them to explode?

Earlier this year, CNET put SafeCore batteries and normal lithium-ion competitors to a range of "torture" tests. The results in brief: "When we stabbed, shot and smashed the "brand X" batteries, they burst into beautiful, brilliant, scary flame. But under identical conditions, the SafeCore batteries didn't catch fire," said Hollister.

He described their factory floor with a lithium-ion battery assembly line. The company is a spinout of American Lithium Energy, founded in 2006 by Dr. Jiang Fan and Dr. Robert Spotnitz.

How SafeCore works: This is a layer inside the power cell and if something goes wrong it kicks in and the battery stays safe.

"SafeCore doesn't change the components of the battery itself," said Angela Chen, in The Verge, back in August. "It's an extra layer of material inside the cell that stops the fire before it begins. When triggered by something like too much heat or too-high voltage, the layer breaks the connection between the electrodes and the part of the battery responsible for regulating how the electricity moves through the device. That shuts down the battery entirely."

Sean Hollister in CNET said that "the company's scientists discovered a formula they claim could easily be applied to existing battery manufacturing lines—no new machines required."

Amionx CEO Jenna King was quoted in CNET: "I think this technology makes sense to ultimately appear in every lithium battery in the world."

Several reports said Amionx was in talks with some manufacturers to license the SafeCore tech.

How much of an impact will this company's technology actually have down the road? IEEE Spectrum shared some views outside the company: "Paul Kohl, a chemical engineer at Georgia Tech, and Huazhen Fang, a mechanical engineer at the University of Kansas, both say that Amionx is taking a unique approach to battery safety that they haven't seen before." Fang said compared to some other R&D efforts, this technology was "more pragmatic."