Types of Battery: Lithium-ion VS Other Chemistries

With years of research in battery technology, batteries are widely used for power supply currently. Generally, batteries can be classified into different types and categories, from chemical composition, size, application, and so on. Batteries can be divided into two main types: primary batteries and secondary batteries. Secondary batteries are also known as rechargeable batteries, there are only several cell chemistries that have been commonly adopted over the years. In recent decades, lithium-ion has been favorably received by the market and is growing popular in view of its various advantages over traditional batteries chemistries. So, what are the advantages of lithium-ion and why can they be versatile in many applications? In this article we'll look at the common chemistries used in rechargeable batteries to learn about their pros and cons as well as understand why Li-ion is becoming preferable nowadays.

Based on different chemistry which affects the cycle life, lifespan, specific energy of batteries, rechargeable batteries can be classified into several types, including Nickel Cadmium(Ni-Cd), Nickel-Metal Hydride( Ni-MH), Lead-acid and lithium-ion. 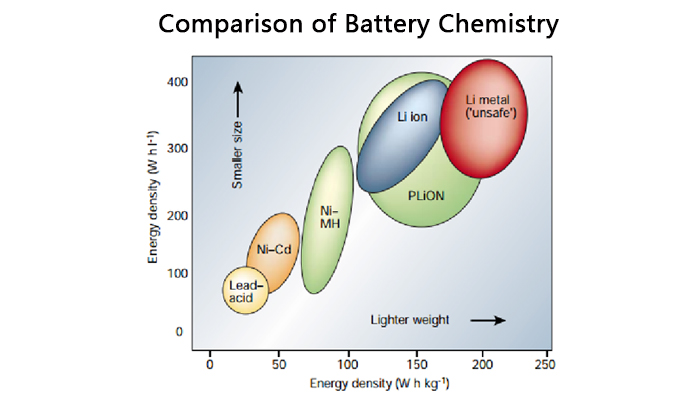 This battery chemistry has been mass-produced since 1946, which can provide higher energy density, faster charge time and longer cycle life compared with lead acid battery. The chemical composition of it is nickel for the cathode and cadmium for the anode. It is used in applications such as power tools, two-way radios, computers, video cameras and medical equipment, etc. However, the Ni-Cd cells suffer from memory effects and heavy weight, it is being replaced by new battery technology like lithium-ion. Besides, due to the existence of toxic cadmium in the battery, Ni-Cd battery brings environmental concerns for use.

The design of Nickel-Metal Hydride battery is derived from Nickel Cadmium battery, which used a hydride absorbing alloy for the anode. Ni-MH batteries supply power for applications including digital cameras and some large home appliances. The capacity of Ni-MH battery is two to three times than that of the same size NiCd battery and more environmentally friendly. Besides, great progress has been made in improving the memory effect. Although it has a higher capacity and performance, there are some shortcomings of Ni-MH battery involving high self-discharge, heavy weight and the reduced cycle life than Ni-Cd. Ni-MH cells also need longer and special charging control to minimize heating and forming hydrogen gas. The lead-acid battery chemistry was invented in 1859 and has made up the majority of the battery market. It is an economical choice for large power applications such as automotive vehicles, lawn and garden equipment. Also, it is popular in hospital equipment, UPS systems, just to mention a few. Here are some types of Lead -acid cell:

Lead acid battery is relatively cheap compared to other chemistries. With the ability to produce high currents at a low price, it is one of the affordable and popular choices for various applications. However, this battery chemistry has lower energy density than other battery chemistries available today. Because of the weakness of heavy weight, short life cycle, low efficiency, it is gradually superseded by new batteries like lithium-ion. It can bring some environmental pollution as well.

With advanced battery technology, Lithium-ion is versatile in a variety of applications. The chemistry of Choice at UFO Power is Lithium-ion (Li-ion). In the early 1990s, Lithium-ion cells were introduced into the battery market. As a new battery, it is favorable for most users with the benefits of high energy density, compact size and lightweight, long service life and relatively low self-discharge. It is the power source of various applications from consumer electronics like cellphones, laptops to electric vehicles like golf carts, forklifts, and energy storage fields.

Battery performance is determined by the chemistries within the batteries and there are multiple choices of lithium-ion chemistries. Originally, the main active component of the cathode was cobalt. Currently, cobalt is partially being substituted by other components like nickel.The cathode materials which have been used to achieve battery performance include Cobalt-based lithium-ion (LCO), Lithium iron phosphate (LFP), lithium manganate (LiMn2O4), ternary materials such as Nickel Cobalt Aluminum (NCA) Nickel Cobalt Manganate (NCM or NMC). LTO is alternative anode material to graphite/carbon. 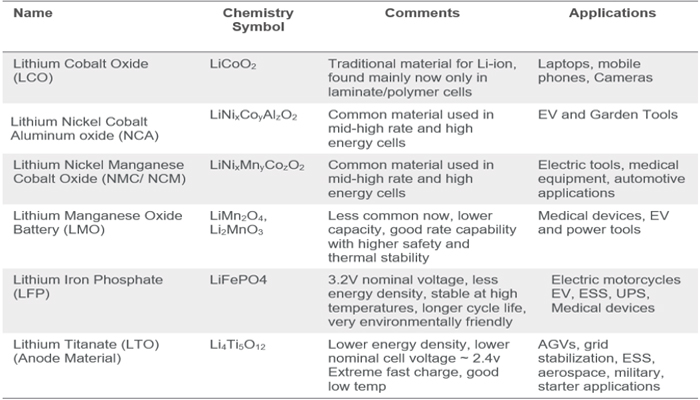 Lithium-ion battery is a fast growing battery that offers a high energy density with lightweight and which dose not have any memory effect whatsoever. To assure battery safety, a protection circuit is required for all lithium-ion battery packs, but usually a full Battery Management System (BMS) is needed to minimize the risk of battery failure or safety problems. When Li-ion cells are manufactured safely and battery packs are designed with these high-quality cells and a proper BMS, safety risk is actually low.

With over a decade of experience in battery industry, UFO POWER has taken advantage of the Li-ion technology to manufacture high quality battery packs that applied to a wide range of portable, motive and energy storage applications. We have developed millions of safe Li-ion battery packs including those used in residential and commercial solar storage systems, telecommunication base stations, outdoor applications, and extreme temperature environments. 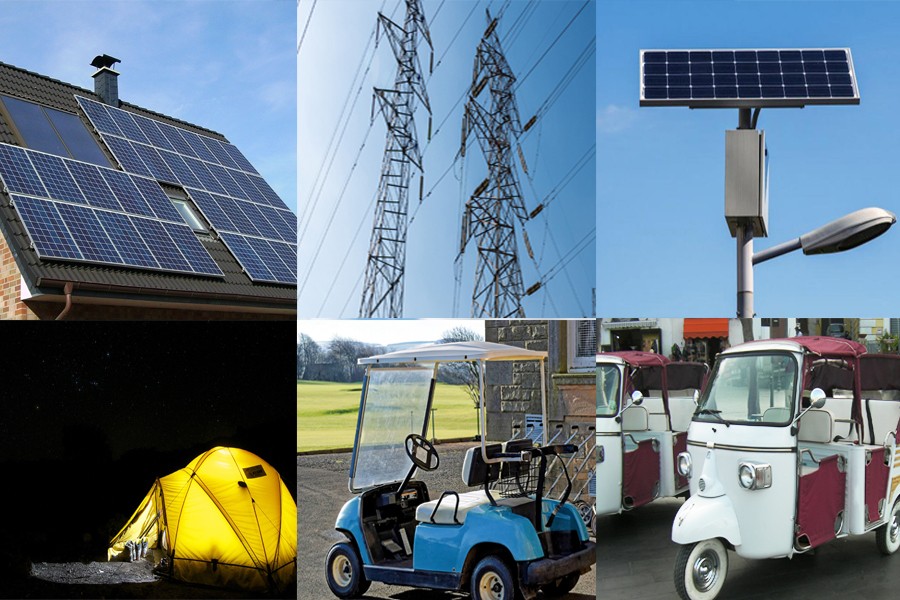