Home  > RESOURCES  > Knowledge Base  >  The Development of Lithium-ion Battery

The Development of Lithium-ion Battery

Battery are commonly used today, it stores energy which can turn into electricity to supply power. Not only is the battery an extraordinary invention, but also it has a promising future. With the development of battery technology, lithium-ion battery comes into our daily life and has seen a growing increase in adoption. Now, lithium-ion technology are able to extend its potential on consumer electronics, energy storage system and even electrical vehicles.

On October 9th, 2019, the 2019 Nobel Prize in Chemistry was awarded to three scientists, John B. Goodenough, M. Stanley Whittingham, and Akira Yoshino, for their hard work in the development of lithium-ion batteries. Do you wonder the remarkable history behind the lithium-ion battery? Let’s start from the very beginning.

Where does Lithium Come from?

“Lithium is one of the three elements created in the initial condensation of matter from energy immediately following the Big Bang, the other two are hydrogen and helium.” Under standard situations, lithium is the lightest metal and lightest solid element.

Why is this material called “lithium”?

The name “Lithium” comes from the Greek words “lithos” which means stone. In 1817, Johan August Arfwedson detected the presence of a new element while analyzing petalite ore in the laboratory of the chemist Jöns Jakob Berzelius. Berzelius gave the alkaline material the name "lithion/lithina", to reflect its discovery in a solid mineral which is different from potassium that is found in plant ashes and also sodium that exists in animal blood.

A Brief History of Lithium-ion Batteries

In the 1970s, the first big oil crisis hit the world and the technology of lithium battery appeared at this critical moment. Stanley Whittingham, a chemist working at Exxon company started to develop new technology that could reduce world’s dependence on fossil fuel energy. He tried to use titanium disulfide for the cathode in a lithium battery. It is a 2V lithium-ion battery. However, because of safety failure of this kind of battery, the research of this lithium-titanium disulfide battery stopped. 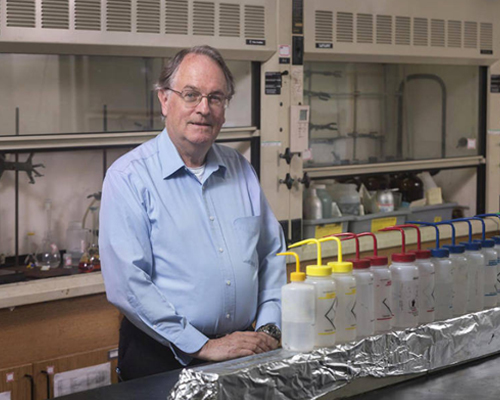 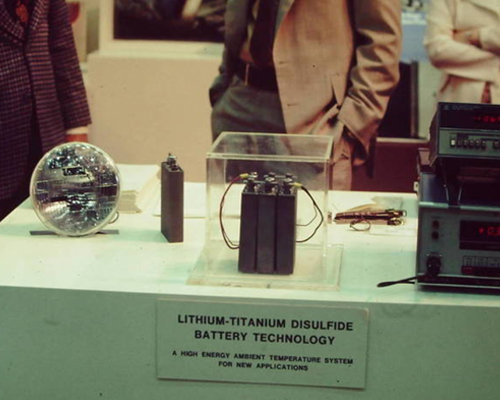 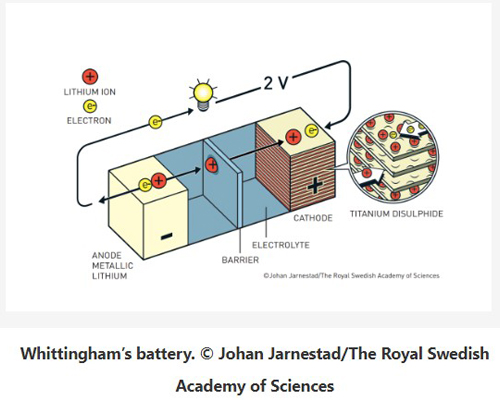 John B. Goodenough, who is an engineering professor at the University of Texas at Austin, had come up with a new idea that using a metal oxide instead of a metal sulfide for the cathode would be more potential. In 1980, he demonstrated that cobalt oxide with intercalated lithium ions can produce double energy than the lithium-titanium disulfide battery after a variety of research. This innovation was a breakthrough of lithium battery and make powerful batteries possible. 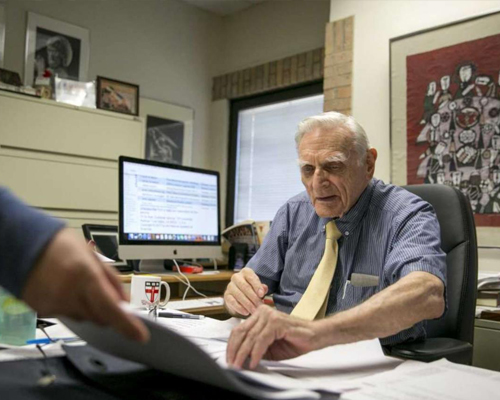 In 1985, Akira Yoshino of Meijo University in Nagoya, Japan, made another development. Rather than using reactive lithium for the anode, he attempted to use a material called the petroleum coke which lithium ions could be inserted as the anode. Lithium ions can be transported between the anode and cathode in this battery. The battery is light and durable and could be recharged hundreds of times before performance weaken. This revolutionary development dramatically increases the safety performance of battery and make the commercial lithium-ion battery feasible. 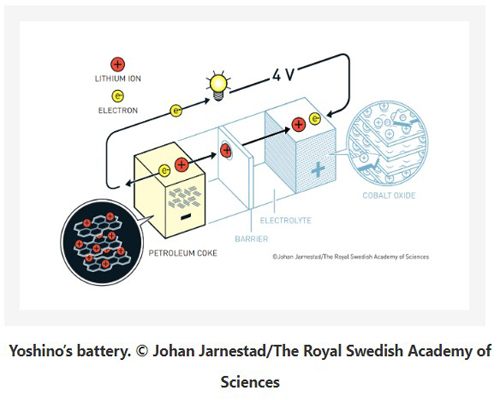 What are the future of lithium ion battery?

Since lithium-ion battery was first introduced into the market in 1991, it has changed our lives in many aspects. Due to its features of high energy density, long lasting, it is appropriate for storing high-capacity power with a light weight compared to traditional batteries. The versatility of lithium battery make it can be utilized from laptops to electric cars and equally become favorable in energy storage system such as solar power system and telecommunication base station system. Actually, the development of lithium-ion batteries is a great step towards making a fossil fuel-free and sustainable world. UFO BATTERY has been in lithium battery industry for more than 10 years. We always keep in mind that we have the mission of taking control of our power and helping make a greener world. As technology advances, we endeavor to keep our lithium battery up to date with latest lithium-ion battery technology.