The rapid rise of Battery Energy Storage Systems (BESS’s) that use Lithium-ion (Li-ion) battery technology brings with it massive potential – but also a significant range of risks. AIG Energy Industry Group says this is one of the most important emerging risks today – and organisations that use this technology must balance the opportunities with the potential downsides.

The market for BESS technology and Li-ion batteries is growing very rapidly and demand is coming from a wide range of industries and users, many of which are not aware of the risks involved. Consumers are using Li-ion battery technology extensively in their everyday lives – in everything from smartphones to laptops and hybrid cars – and organisations are embracing BESS technology for everything from renewable energy storage to electric cars.

Are these systems safe?

Fire is a major risk, with a number of Li-ion battery-related incidents hitting the headlines in recent years, from exploding Samsung smartphones to electric car fires and even a Dreamliner catching fire at Heathrow, along with a Hawaiian BESS facility fire. One of the most concerning features of battery fires is that they can seemingly ignite or reignite days or weeks after they were thought to be extinguished.

In this report, we look at the development of BESS’s, with particular emphasis on those supplied by Li-ion battery technology and consider the associated risks – as well as what organisations can do to minimise their exposures.

What are Battery Energy Storage Systems?

Essentially, all Energy Storage Systems capture energy and store it for use later. Examples of these systems include pumped hydro, compressed air storage, mechanical flywheels, and BESS’s. These systems complement intermittent sources of energy such as wind, tidal and solar power in an attempt to balance energy production and consumption. 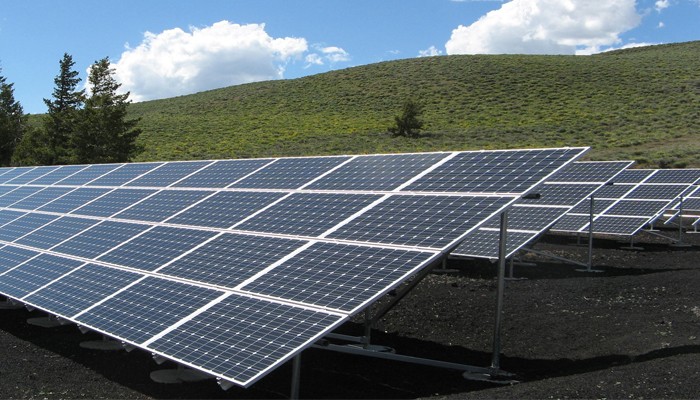 BESS’s use electro-chemical solutions and include some of the following types of batteries:

•Lithium-ion – these offer good energy storage for their size and can be charged/discharged many times in their lifetime. They are used in a wide variety of consumer electronics such as smartphones, tablets, laptops, electronic cigarettes and digital cameras. They are also used in electric cars and some aircraft.

•Lead-acid – these are traditional rechargeable batteries and are inexpensive compared to newer types of batteries. Uses include protection and control systems, back-up power supplies, and grid energy storage.

•Sodium Sulphur – uses include storing energy from renewable sources such as solar or wind.

•Zinc bromine – uses include storing energy from renewable sources such as solar or wind.

•Flow – flow batteries are quite large and are generally used to store energy from renewable sources.

Why are BESS’s gaining popularity?

All types of BESS offer pros and cons in terms of capacity, discharge duration, energy density, safety, environmental risk, and overall cost. However, BESS’s utilizing Li-ion batteries are by far the most widely used system today. This is primarily due to their high energy density and steady decrease in cost.

A major factor in the rapid increase in the use of BESS Li-ion technology has been a 50% decrease in costs of energy storage over the last two years. While costs are still high compared to grid electricity, the cost of energy storage has actually been plummeting for the last 20 years. [1]

Storage systems at the utility customer level can also result in significant savings to businesses through smart grid and Distributed Energy Resource (DER) initiatives, where cars, homes and businesses are potential storers, suppliers and users of electricity.

In addition, BESS’s can provide system security by supplying energy during electricity outages, minimizing the disruption and costs associated with power cuts.

Another reason for the rising popularity of storage systems is that they can enable the integration of more renewables, such as solar, tidal and wind power, in the energy mix.

Many governments and utility regulators are actively encouraging the development of battery storage systems with financial incentives, which is likely to lead to further growth.

What are the risks involved?

While the use of batteries is nothing new, what is new is the size, complexity, energy density of the systems and the Li-ion battery chemistry involved – which can lead to significant fire risks.

These risks are exacerbated by the fact that many of the new users of BESS’s are not energy specialists. Previously, these systems would have been used by companies that had an in-depth understanding of their uses and potential dangers. Today, a buyer of a BESS is just as likely to be a property developer, council or university, with limited understanding of the inherent hazards.

‘Thermal runaway’ – a cycle in which excessive heat keeps creating more heat – is the major risk for Li-ion battery technology. It can be caused by a battery having internal cell defects, mechanical failures/damage or overvoltage. These lead to high temperatures, gas build-up and potential explosive rupture of the battery cell, resulting in fire and/or explosion. Without disconnection, thermal runaway can also spread from one cell to the next, causing further damage.

In BESS’s that utilise lead acid batteries, hydrogen evolution can result in explosive atmospheres unless proper ventilation methods are employed.

Battery fires are often very intense and difficult to control. They can take days or even weeks to extinguish properly, and may seem fully extinguished when they are not.

They can also be very dangerous to fire fighters and other first responders because, in addition to the immediate fire and electricity risks, they may be dealing with toxic fumes, exposure to hazardous materials and building decontamination issues. Different types of batteries also react differently to fire, so firefighters must be knowledgeable about how they react and how to respond. Otherwise they may decide to contain the fire but leave it to burn itself out leading to the loss of the entire facility.

Another issue can be failure of protection and control systems. For example, a Battery Management System (BMS) failure can lead to overcharging and an inability to monitor the operating environment, such as temperature or cell voltage.

Sensitivity of Li-ion batteries to mechanical damage and electrical transients

Contrary to existing conventional battery technology, Li-ion batteries are very sensitive to mechanical damage and electrical surges. This type of damage can result in internal battery short circuits which lead to internal battery heating, battery explosions and fires. The loss of an individual battery can rapidly cascade to surrounding batteries, resulting in a larger scale fire.

Samsung hit the headlines in 2016 when it recalled 2.5 million Galaxy Note 7 phones after complaints about overheating and phones exploding. In January 2017, Samsung confirmed that the cause of the problems had been the batteries. [2] Direct costs of the recall were estimated at the time at up to £4 billion, but it has been suggested that the long-term damage to the brand could be anything up to £20 billion. [3]

Hawaii wind farm has two fires in a year

In 2012, the Kahuku wind firm in Hawaii experienced two fires, which caused significant damage and were attributed to the capacitors being at fault. In the second fire, the fire fighters could not enter the building for several hours because it was unclear whether the batteries were emitting toxic fumes. [4]

How can companies reduce their risks?

Some manufacturers and utility companies are working on developing guidelines regarding how best to protect Battery Energy Storage Systems and any buildings in which they are installed. However, many of the test results are confidential, so efforts are being made to encourage the sharing of this information.

For now, companies that want to use BESS’s must assess their fire protection challenges and reduce their risks wherever possible.

As a starting point, it is useful to consider these questions:

•How should the BESS be constructed (e.g. using individual containers of batteries, physical separation of batteries, use of dedicated fire areas, fire protection systems etc.)?

•What testing should be conducted during commissioning?

•How do batteries of this chemistry/technology react in a fire?

•How would firefighters make sure this type of battery is fully extinguished?

•How would firefighters handle a damaged battery that is still charged with power?

•Have fire fighters been invited to site to perform a planning review?

•What are the risks to first responders and the public from exposure to toxic fumes, electricity and other hazards if a fire or other incident were to occur?

•What environmental hazards would be created when fire systems interact with failed batteries?

There are practical steps that organisations can take to minimise their risks when constructing a battery system:

•Check where the batteries were made/who the manufacturer is.

•Transport the batteries very carefully as they are fragile, despite their robust appearance.

•Carry out extensive testing to detect any faults.

•Ensure an effective Battery Management System is included in the design.

•Locate storage systems well away from critical buildings or equipment.

•Make sure that the battery system is separate from critical infrastructure.

•Provide adequate fire doors (>FR60) that are maintained in the closed position and equipped with automatic closure mechanisms. Where insulated metal panels (IMPs)are used, these should contain a mineral wool core and be installed in accordance with the terms of their approval. Only non-combustible IMPs should be installed.

•Ensure proper management of cable/service penetrations. Cable penetrations should be adequately sealed to meet the fire resistance of the compartment (two-hour fire resistance rating). Heating, ventilation and air conditioning ducts should have fire dampers provided that automatically close on activation of the fire alarm. Establish a permit to access system to manage changes to service or cable penetrations under an audited system.

During the commissioning process:

•Ensure that those installing the equipment are properly trained.

•Ensure maintenance and inspection schedules are set up.

However, inert gas and foam suppression systems seem unable to control thermal runaway, so the two main options are likely to be automatic fire sprinklers and water mist.

In 2018, a Property Insurance Research Group [5] project in the US looked into sprinkler protection for BESS’s, aiming to determine sprinkler protection guidance and establish an appropriate sprinkler system design that applies to the majority of locations where a BESS may be found within a commercial facility.

BESS technology is an area in which the technology – and the associated opportunities and risks – are constantly evolving. AIG’s Energy Industry Practice Group, which focuses on key issues that could impact the energy industry, considers this a key risk and monitors it on an ongoing basis.