This diesel-electric submarine which named Oryu, and the last boat in its class, which will be christened the Toryu, will be slightly different from the earlier boats in the class, as they’ll use lithium-ion batteries in place of the Stirling-cycle engines and traditional lead-acid batteries for submerged operations. 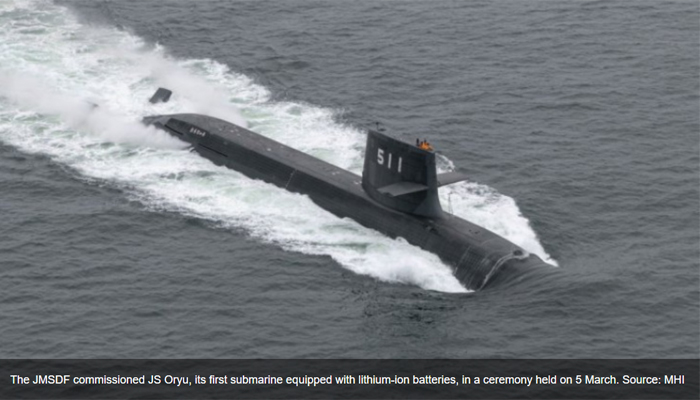 So, what is the advantages of lithium-ion battery instead of using lead-acid battery?

Although the Air Independent Propulsion (AIP) technology has solve this problem to some extent, however, the AIP technology also brings some new technical complexity. While the Stirling-cycle engines produce less noise and vibration, it has a shortcoming-- the engine is less powerful than the other propulsion system resulting in the low submerged speed. More engines are needed to increase power which not only affect the submarine layout but takes up more space. This is also the reason for the insufficiency of reserve buoyancy of the Soryu-class submarine.

What benefits do the lithium-ion batteries bring for this Soryu-class diesel-electric submarine?

The below chart is a basic comparison of lead-acid battery and lithium-ion battery. 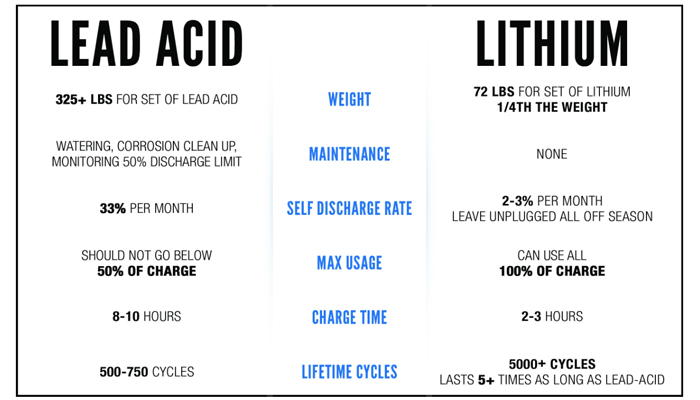 The adoption of lithium-ion batteries considerably reduces the weight of submarine, improve the reserve buoyancy and leave more space for the submarine as well. The reduction of Stirling-cycle engines and lead-acid batteries creates a better silent performance for the submarine which is critical to the submerged operation.

Generally, the technological progress of lithium batteries draws people’s attention in utilizing this new kind of batteries in different application fields, the weakness of traditional lead-acid batteries when using are expected to be solved. When looking for battery for power supply, quality and safety of the battery are prime precedence. This is what UFO POWER primary concern likewise. UFO POWER has specialized in lithium-ion battery for more than a decade, we are dedicated to provide superior quality lithium battery to cater to various applications, such as solar power storage, telecommunication base station, electric three-wheeler and other fields. From start to finish, products are tested to ensure optimum performance and compliance with international standards.

In conclusion, it can be stated that lithium-ions is beyond doubt an viable option, and it still needs time to testing to apply to more application fields. We believe that the development of lithium-ion batteries is a great achievement and it will be a promising future.