Lithium-ion or Li-ion batteries are considered to be the latest technological innovation in the battery industry. Engineered and designed according to a state of the art and cutting edge model. These batteries offer more capacity, better energy density, longer battery life, and faster recharge rate. They also feature smaller casings that allow them to be slick and smaller compared to their counterparts. Although these batteries are more expensive compared to other battery chemistries, Li-ion batteries the preferred choice of electronic devices manufacturers and the cordless power tools industry.

However, despite the longer span that these batteries have. Consumers, especially heavy users of handheld gadgets want more. If you are a type of person that is always on the go and relies on handheld gadgets such as smartphones and tablets daily. You are looking to extend the battery life of your gadgets which are commonly lithium-ion batteries. A lot of experts believe that freezing a lithium battery will increase the chance of extending its service life.

So, here we are going to take a look at that theory and try to dig deeper and learn more about the effects it has on a battery. If you are a gadget geek looking to extend battery life, I am inviting you to stay with us to discover the truth behind this idea. 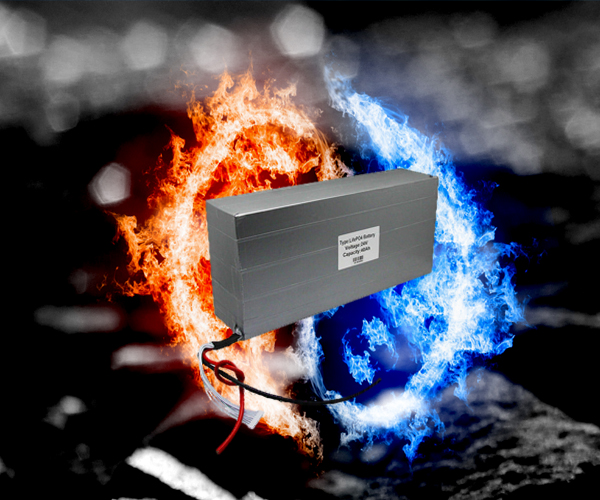 Discovering the Truth Behind the Idea of Freezing Li-ion Batteries

There’s an article I’ve read that says that some researchers have developed an innovative way of freezing lithium-based batteries to optimize their performance and lifespan. It is believed that this method can lithium batteries a lot safer to use as well as extend their life expectancy. The researchers also claimed that the method can make the batteries flexible to suit the projected bendy gadgets in the near future.

The method of freezing Li-ion batteries that the researchers developed is called freeze-casting or ice-templating. A process that will enable the experts to control or manipulate the chemical structure of the electrolyte of lithium-based batteries. Allowing them to produce more suitable batteries for handheld devices as well as grid-level energy storage and electric vehicles.

At this point, commercial lithium-based batteries use liquid battery electrolyte which is very risky due to its highly flammable property. This causes exploding batteries on some smartphones manufactured by well-known brands. So, the researchers conducted various studies on how to avoid this incident from happening by looking for new alternatives.

Through the focused and relentless pursuit of improvement, the researchers explored and tackled the possibilities of replacing the liquid electrolyte with a solid structure. Making the batteries safer, hence the method of freeze-casting was developed.

Effects of the Ice-Templating Method and the Impact it Has

One of the researchers, a professor in Columbia claimed that the use of solid electrolytes on lithium-based batteries doesn’t only solve the issue of battery safety. The professor also said that it can also help increase the energy density of the lithium-based batteries that makes them excellent for transportation and storage applications. Then the professor finally mentioned that it is also showing great potential when it comes to manufacturing flexible or “bendable” devices.

The said method, ice-templating or freeze-casting will probably be used for fabricating ceramic solid battery electrolytes that are aligned vertically. This structure increases the conductivity of the electrolytes. During the operation, the liquid electrolyte of lithium-based batteries is cooled along with particles of ceramic. Then the ice will grow and then push away as well as concentrate the ceramic particles.

A vacuum is used to convert the ice into gas, which will leave the electrolyte into an aligned structure-oriented vertically. The structure will then be combined with a polymer that will give it the support that it needs as well as its flexibility.

As of now, the operation is still in development and the researchers announced that they are on the stage of manufacturing a prototype. Once they are successful, this can be considered one of the most innovative milestones in the battery industry.

Lithium-based batteries as mentioned earlier use liquid electrolytes which are highly flammable. The process explained above is a bit on the technical side and can be hard to understand. However, we can also understand how freezing these batteries can be beneficial to our handheld devices on a simpler version.

Exposure to heat or high-temperatures stresses lithium-based batteries. Subjecting them to a high charging voltage rate also leads to stress. This simply means that these batteries lose their ability to store charge when they are exposed to high-temperature conditions or leaving them fully-charged for long periods of time. Too much stress on the batteries will then take its toll and greatly reduce the life expectancy of the battery.

However, storing these batteries in a room with low-temperature after charging and keeping them from exposure to heat will have positive effects. Freezing them will eliminate stress which will be very beneficial.

The development of the freeze-casting or ice-templating method to make lithium-based batteries safer and better is an amazing milestone. However, it’s still under development. But just by taking a look at the effects of freezing in a simpler view. It can be very logical that Freezing Li-ion Batteries can help extend its service life.