Lithium-ion batteries is becoming more important and widespread nowadays, it has become a key area for advancement. Improving the energy storage ability of battery is the pursuit for the researchers. In recent years, growing efforts have been made to address the problem of energy density in Lithium-ion batteries. The material of Lithium-ion battery’s anode is closely related to the energy density of battery, therefore, scientists has explored all kinds of alternative materials for the next-generation battery, and silicon has been seen as one of the ideal replacement.

In recent research, scientists in Korea have come up with a solution to overcome a key obstacle for the development of using silicon as a lithium-ion battery’s anode to improve its energy density. The paper was published in the journal Angewandte Chemie: International Edition.

Lithium-ion batteries is now use graphite as the material for the anode. Swapping the graphite for silicon can store four times the amount of lithium ions, which could lead to longer using time of battery such as phones that last for days or cars that travel hundreds of miles further on each charge. However, it is reported that using silicon into a lithium-ion battery can be problematic. The capacity of battery will have a rapid decline, with silicon-based anodes shedding more than 20% of the lithium ions during the initial charging cycle. 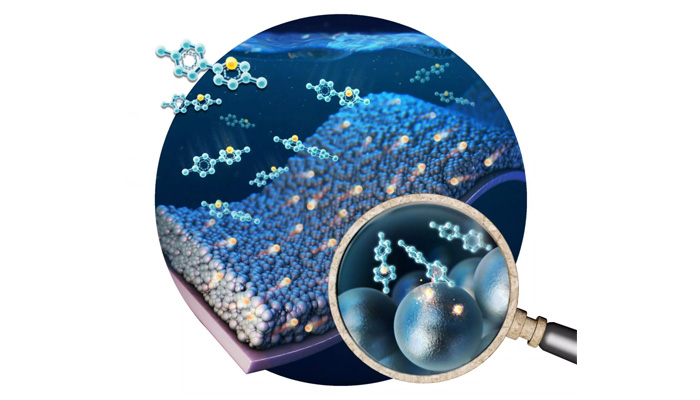 In order to solve this problem, “ Lithium pre-loading” is one of the technique that is taken advantage of to work out the defect. It refers to add extra lithium to compensate for the losses during cycling before the battery is assembled.

A team at Korea Institute of Science and Technology (KIST) has developed a new method of lithium pre-loading. The scientists submerged the silicon anode in a particular solution instead of adding lithium powder. The submerging leads to a chemical reaction and the electrons and lithium ions can be seeped into the electrode.

In the research, the lithium that lost from the anode is less than 1% during initial charging. The energy density of the silicon anode in the test battery is 25 percent higher than that of conventional graphite anode cells on the market.

“This technology has the potential to increase the range of electric vehicles by a minimum of 100 km (62 mi) on average, and would be fairly easy to implement for large-scale processing.”

-- From The Team in Korea

“We were able to improve the efficiency of a high-capacity silicon-based anode by leaps and bounds with the simple method of just controlling the solution temperature and reaction time.” “As this technology is readily applicable to the roll-to-roll process used in existing battery manufacturing facilities, our method has potential to achieve a breakthrough in the implementation of silicon-based anodes for practical batteries."

-- From Dr Minah Lee, leader of the research team.

With the advance of battery research, we will see unexpected changes in fields and applications that are going to surprise everyone. The improvement of energy density in battery will make energy storage become more promising and change the world in an unexpected ways in the near future and beyond.

Source: Korea Institute of Science and Technology via EurekAlert